The Story of Chungking Mansions

“Hello, sir, would you like to take the cheapest room in Hong Kong?”, “Best Indian curry”, “Armani watch, very cheap madam” are probably the most common words one can hear just standing on the entrance of this infamous building on Nathan road.

Having the reputation of being the most notorious place in Hong Kong, Chungking Mansions has been in the news from times immemorial. Murders, disputes, rapes and drugs are the things that locals usually associate with the building. It is absolutely normal if one hears strict warnings to not go there alone especially during late night hours.

But, for the people working inside the building for years, it is just like any other workplace and has much more to offer than just cheap accommodations, delicious curries and desserts from India, Pakistan, Malaysia or Nepal.

For Khalid Khan, a local businessman selling mobile phones on the first floor of the building for over eight years, “The place is a perfect blend of cultures” and it is “unfortunate that the diversity of the building is mostly the reason for the negative publicity.”

“Crime happens in many other places in Hong Kong such as Jordon, Mong Kok and Aberdeen but this particular building is always highlighted in the news,” Khan says adding that it is hurtful for those who are working hard honestly.

Wayne Tsse, a 23-year-old resident of Hong Kong, says, “how the local receive the Chungking Mansions has to do with both racial discrimination and how the media has hyped up the reputation of the building”.

“Although Hong Kong is a very cosmopolitan city, locals tend to be a little closed minded sometimes, especially when the Chinese mentality comes to interfere with how we treat people we perceive as the other.”

Tsse, however, feels that Chungking Mansions is quite a unique place with a colourful mix of people.

As with media and other popular sources of depiction, Tsse says, “This image of how the Chungking Mansions is dangerous has been systematically built up through the amount of negative media coverage we have and the movie which has depicted it as a place of vice.”

In terms of other places in Hong Kong that are similar to Chungking Mansions with respect to crime, there are plenty, he says adding, “Jordon is also a place where crime happens at high density but those places are not treated with same negativity as the Chungking Mansions.”

Although those places might be worse, they are not highlighted because those places are generally seen as a spread of geography and not as a single entity where all these attitudes and tendencies are contained, Tsse adds.

The residents of Chungking Mansions are economically blocked from the rest of the city and often racially discriminated, according to Gordon Mathews’ book “Ghetto at the Center of the World” which throws light on the lives of the people who living or working in the building.

“No matter what people say, a visit to Hong Kong is incomplete without eating the curries at Chungking Mansions,” says Natalie Wu, a backpacker from France who loves to eat at the Indian restaurants in the building.

Though a Google search is bound to make one think about crime and safety of this place in Hong Kong, it is worthwhile to visit and experience the culture – a mini version of globalisation in true form – in Asia’s world city. 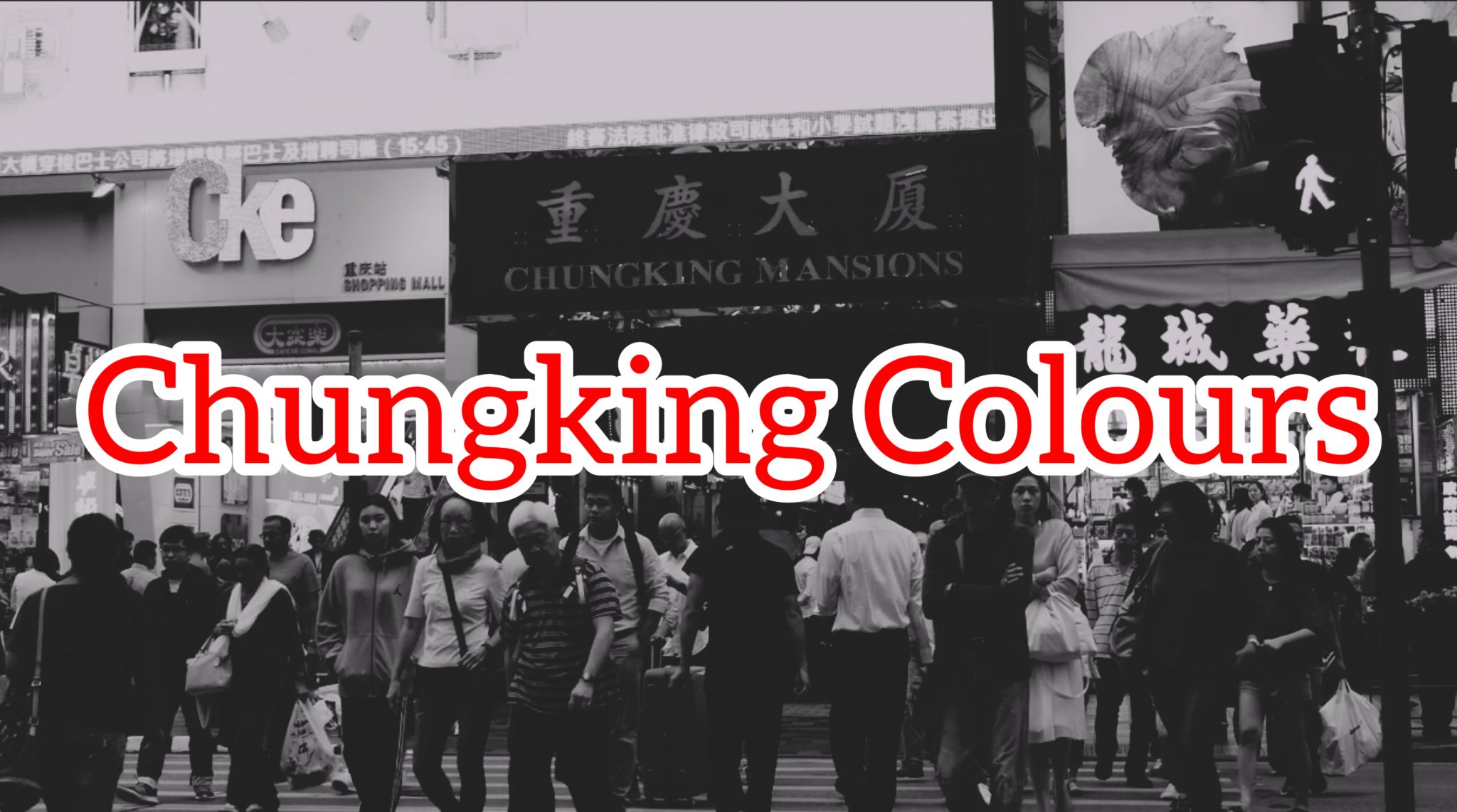 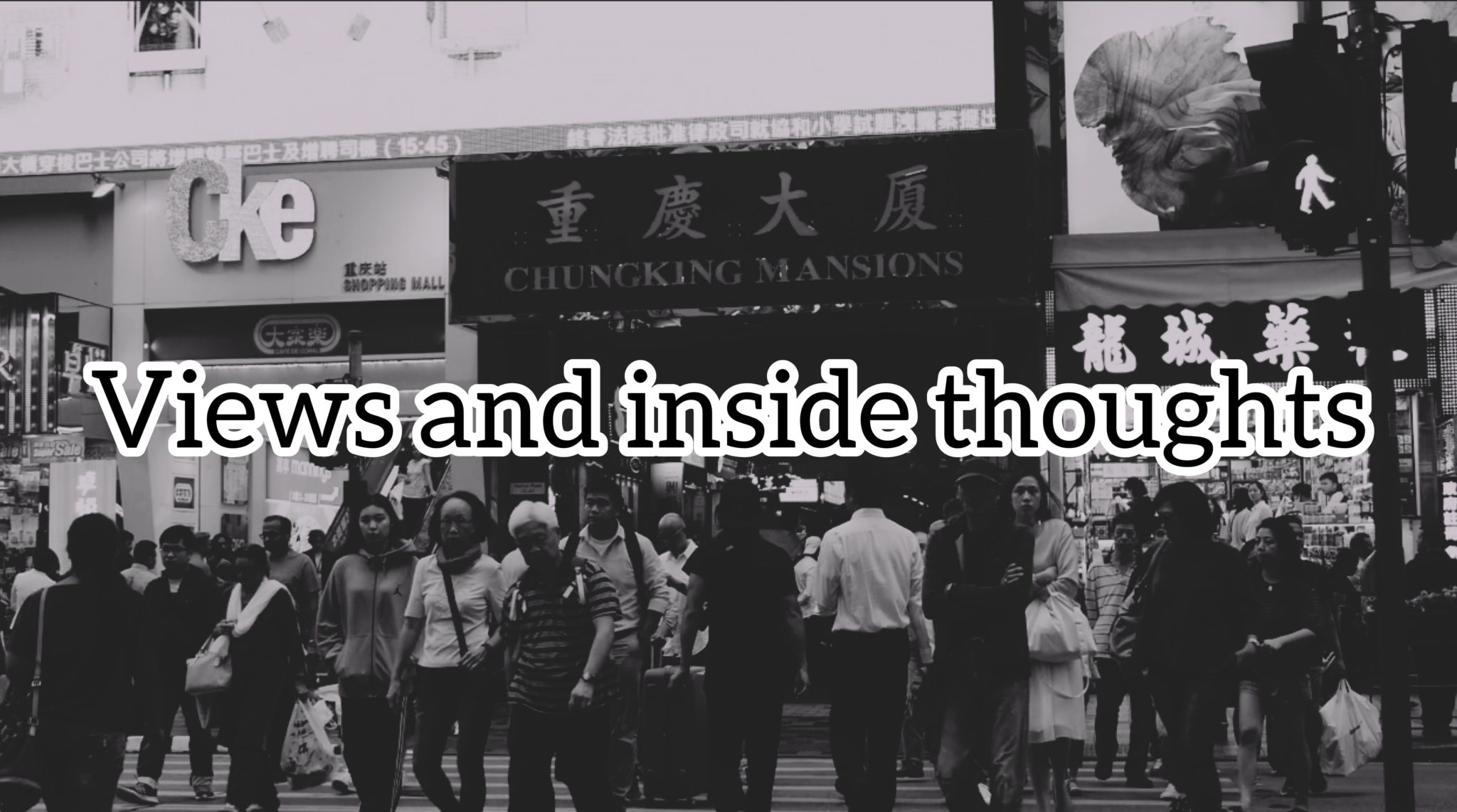 Situated right in the middle of Asia’s world city, having the reputation of being one of the world’s safest cities, lies this 57-year old infamous building. Well known for cheap accommodation, money exchange shops and delicious South Asian food, the 17-storey building was featured in the movie – Chungking Express in 1994. While crime happens in all parts of the city, just like any other place in the world, this particular building is in the news, almost every time for all negative reasons. Here are our findings after talking to the people about how “safe” they feel working or shopping inside. 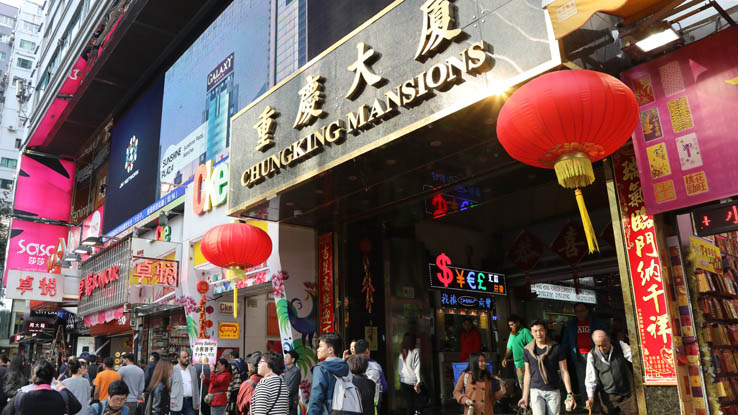 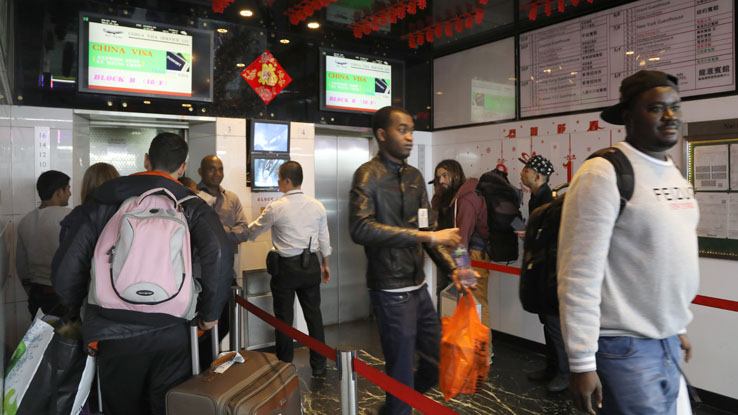 Ali Adnan, a 33-year-old Hong Kong-born Pakistani businessman working in Chungking Mansions, said that the building is a safe and diverse place for all people to visit, contrary to Hongkongers’ perceived notion of the place being notorious and criminal which endangers people’s safety.

Living in the neighbourhood since he was young, Adnan often went to Chungking Mansions for shopping food items and groceries. He never encountered any danger during his visits to Chungking Mansions which made him open his business of selling mobile phones and electronic gadgets in the building.

“It’s the perceived notion that Chungking Mansions is unsafe, locals don’t come in as much because they are fear of the unknown, they don’t know what’s going on,” Adnan said.

Chungking Mansions evokes images of crime scenes and illegal trades among locals due to news and media’s depiction of the building as a dirty and dangerous place, he said.

“Once you come in, it’s quite safe. There’s family here, that stays here, there’s like tourists with children that come and stay here. Nothing is wrong,” he added.

Adnan said that while crimes happen in Chungking Mansions, the perception seemed far worse than the reality which may drive businesses away. Locals often have the misunderstanding that the whole building is a notorious place which puts their safety in great jeopardy. “Crimes which happened in Chungking Mansions could have happened anywhere else,” he said.

“If this place is so unsafe, the police would ban them from coming anyways,” Adnan said. “Not everyone here commits crime, most of the illegal immigrants here are just looking for legitimate work.”

“The young generation are more open to the idea of trying new things and reaching out to different cultures,” Adnan said.

“There might be certain perceptions that they are aggressive, dangerous… perceptions which were not true.” – Ali Adnan, Director of Lush Phones

In this short clip, Adnan gives insights into why Chungking Mansions is stereotyped as a “dangerous” place by Hongkongers. 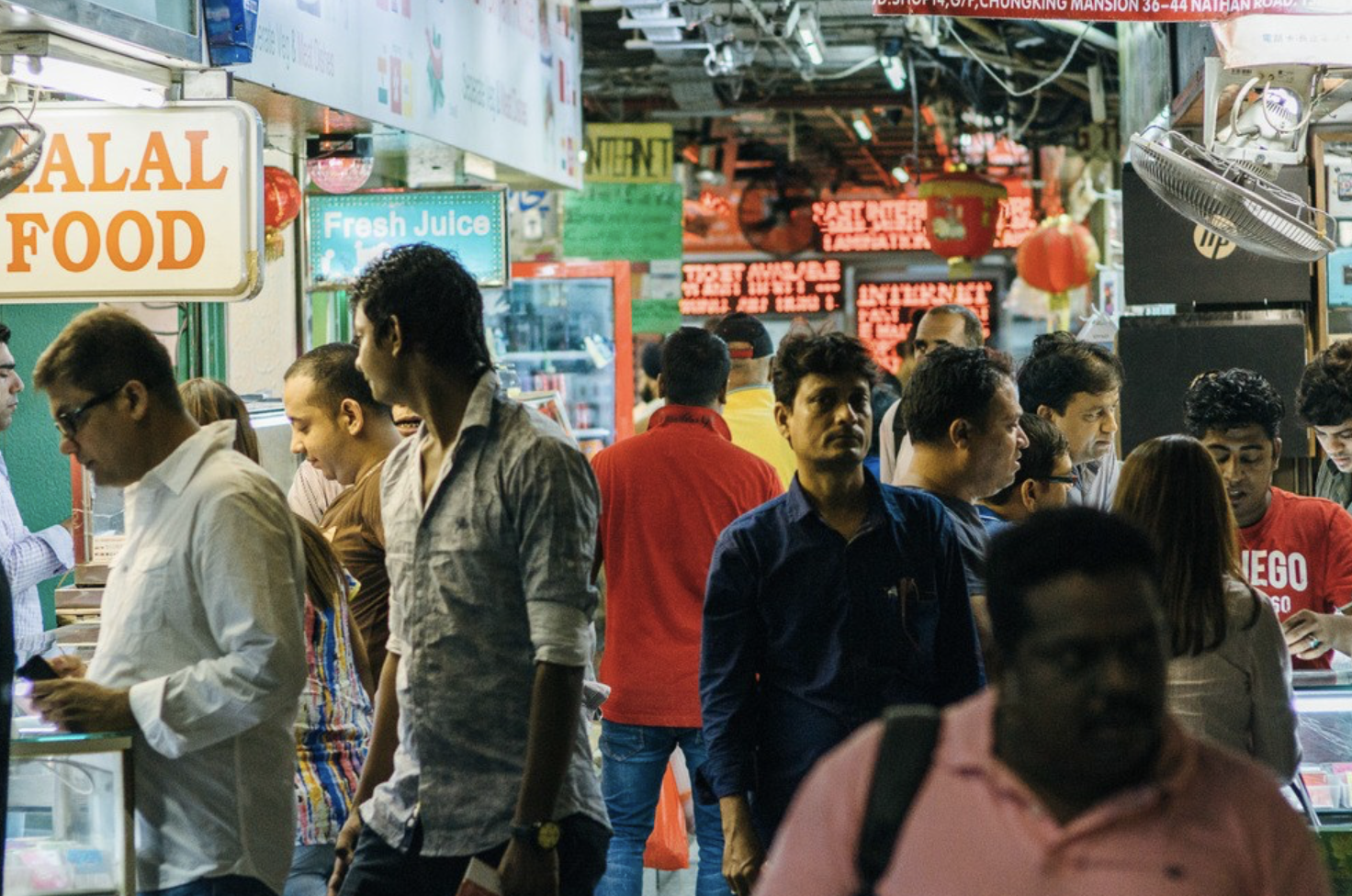 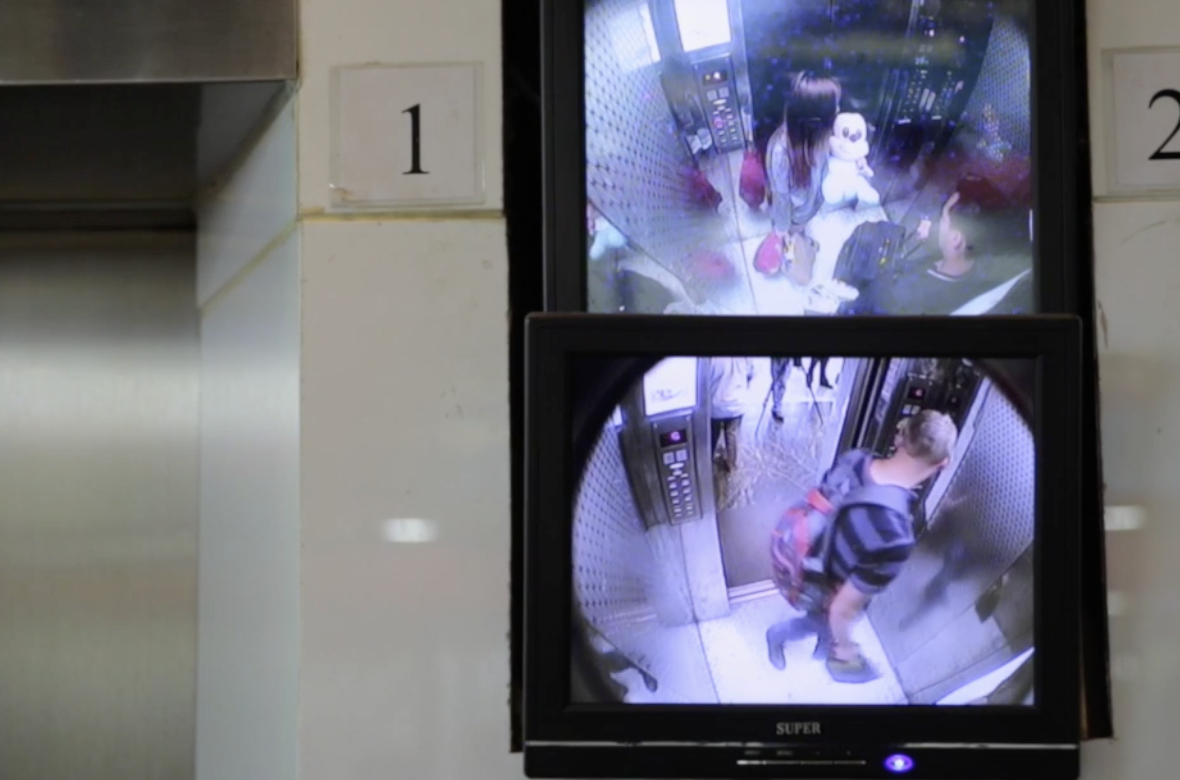 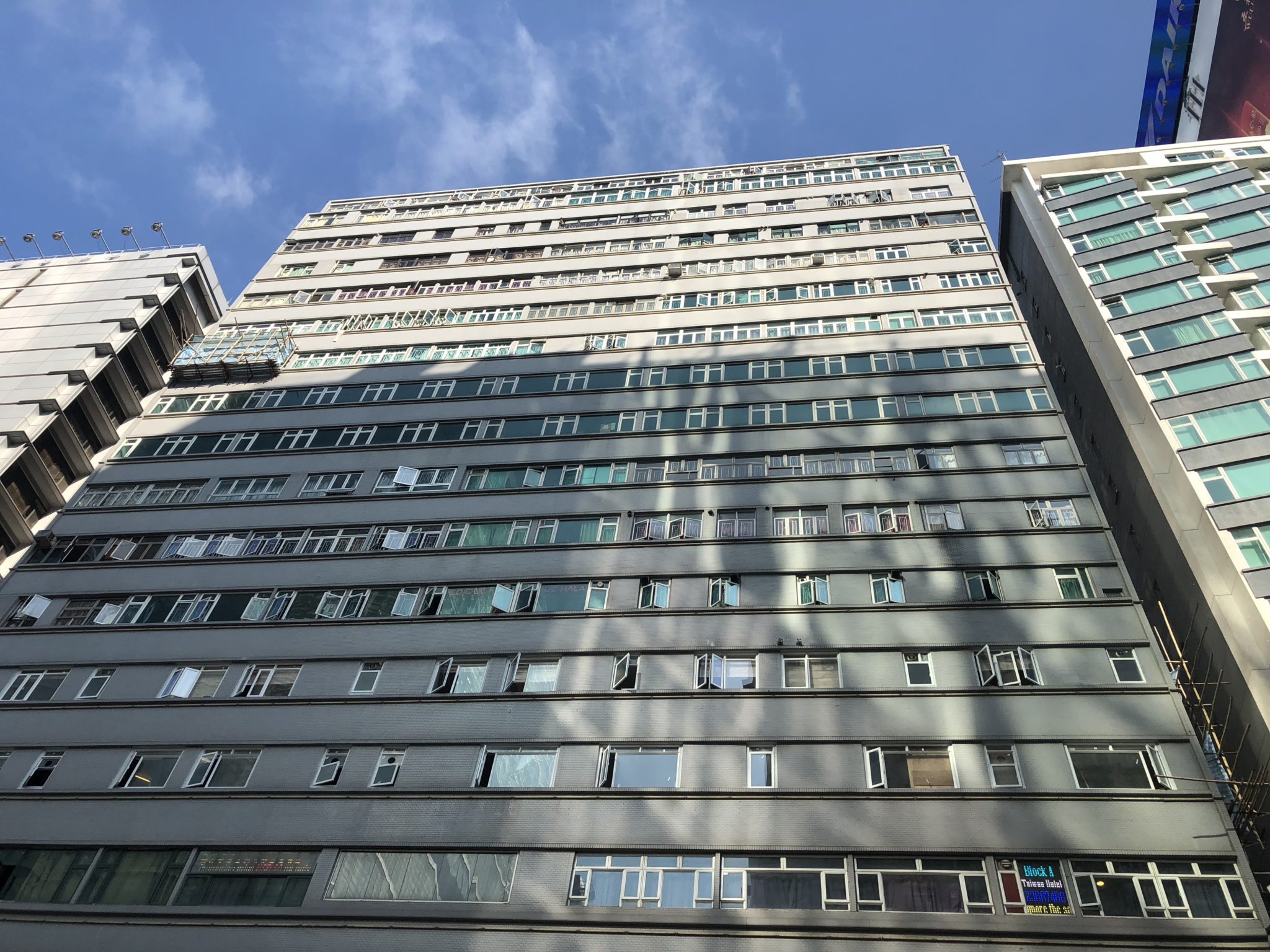 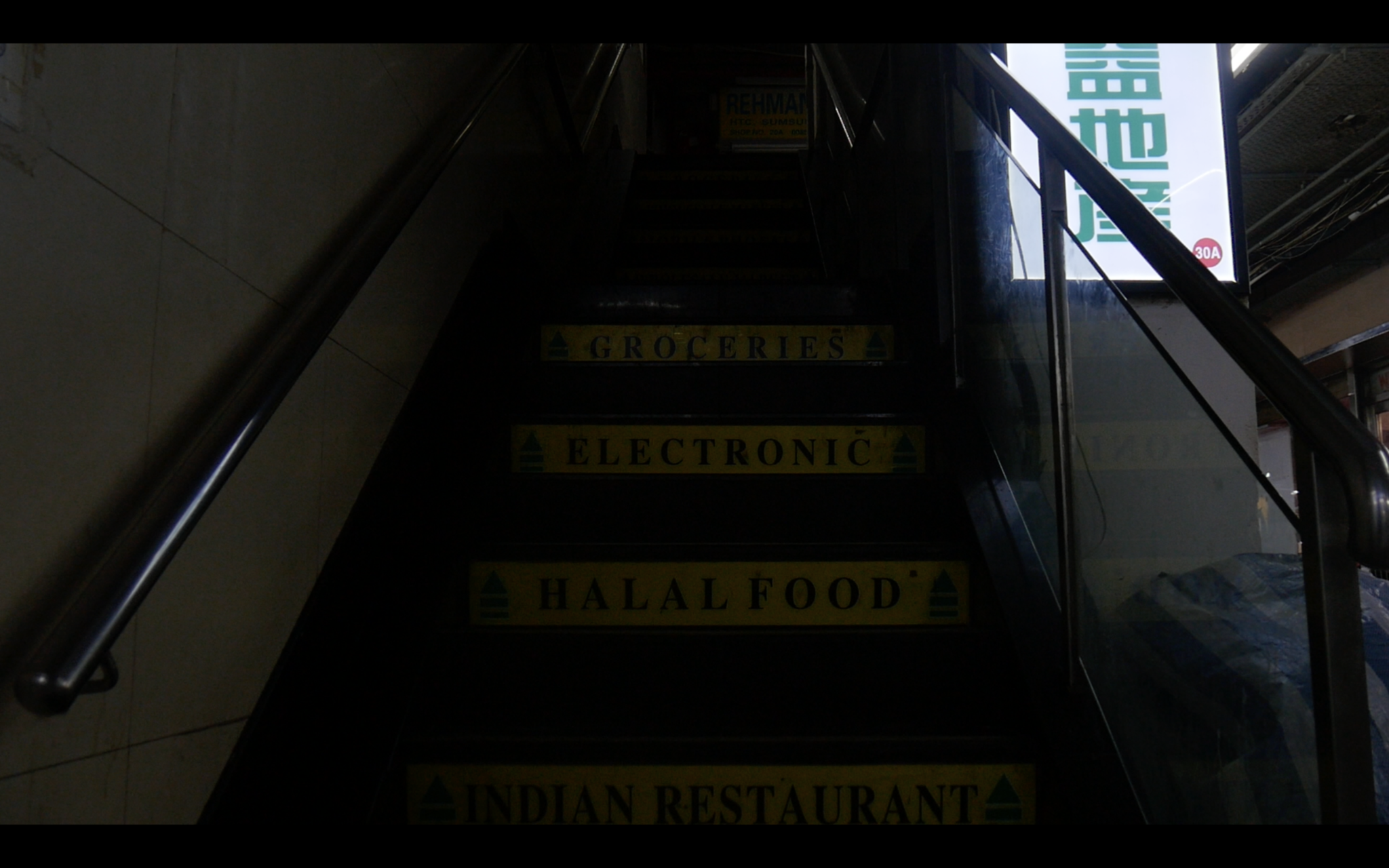 Sitting in his office located at the top of the building, Hong Kong born Indian Jeffrey Andrews said Chungking Mansions is what truly represents Hong Kong as an international city.

Nine years working as a social worker in Chungking Mansions for refugees and ethnic minorities, Andrews expressed disappointment as majority of the local residents in this city continued to refuse in entering Chungking Mansions. Ironically, he stated that these people would love to travel to other countries.

“Chungking is a beautiful place,” he said. “As much as it got all these negativity, I still think it is one of the most iconic (place)… this really represents Hong Kong.”

Remembering his experiences bringing local people into this building, he believed such opportunities could help in clearing off the misconception that people had to this notorious building.

“They just go ‘what is all the deal about, what is all the fuss about in the first place?’ Now they come in here without me having to pick them up,” he said.

Tsim Sha Tsui had went through tremendous renovation in the past decade, with multiple top-rated hotels like Peninsula Hotel and fancy shopping malls like K-11 and iSquare nearby. Andrews said the pressure is here with property developers building around Chungking Mansions, and hoped that incorporate owners would decide not to “buy us out”.

“It’s all about freedom and democratic values that we are trying to keep in Hong Kong,” he said, stressing that some iconic architectures had been knocked down like the old star ferry pier which had much historical value with it. “It’s the freedom, the expression, it’s a heritage site I would say. A cultural, iconic place.”

Yet, looking at the cracks along the wall of his office, Andrews said he is worried about the foundation of this building despite being thankful to the improving image of it. With all the drillings and renovation that had been occurring in the building, he feared that one day Chungking Mansions would “demolish itself”, but believed it would find a solution.

Andrews said it is an unthinkable thought if developers decided to close down Chungking Mansions, said he had always been thinking about it.

“My mind tells me that we would move to the next building, which is Mirador. That’s like the next Chungking. Mirador Mansion,” he said.