Sai Ying Pun is an area in Western District, on Hong Kong Island.

Check out this vlog, explore Sai Ying Pun, and you can catch a glimpse of the disappearing old Hong Kong.

In Des Voeux Road West, there used to be many wholesale and retail shops dealing in seafood, making it the most famous “Dried Seafood Street” in the past century.
But the building of the subway instead led to the loss of customers, and now the street is disappearing, an owner of a seafood shop tells his story.

Sam Hui Yat is an old Dim Sum eatery in Sai Ying Pun. Its name “Sam Hui Yat” means “three minus one” in Chinese. It started with 3 owners who planned to start up a business together in 1978. One of them backed out because his father was afraid of making a loss. But he continued to work in the eatery. Now, all of them are in their 60s and despite the fact that age is catching up, the team still starts work at 3am daily to make their own traditional dim sum.

The Aquarium Shop is located on the Second Street in Sai Ying Pun, across from the Second Street Public Bathroom. The name of this shop is simple — only “The Aquarium Shop” as shown on its shop sign. It is literally a mini aquarium, with various types of tropical fish, goldfish, and sea turtle. The Shop has been here for over 30 years. Mr. Chan, the shop owner, has run his business in Sai Ying Pun for 15 years. 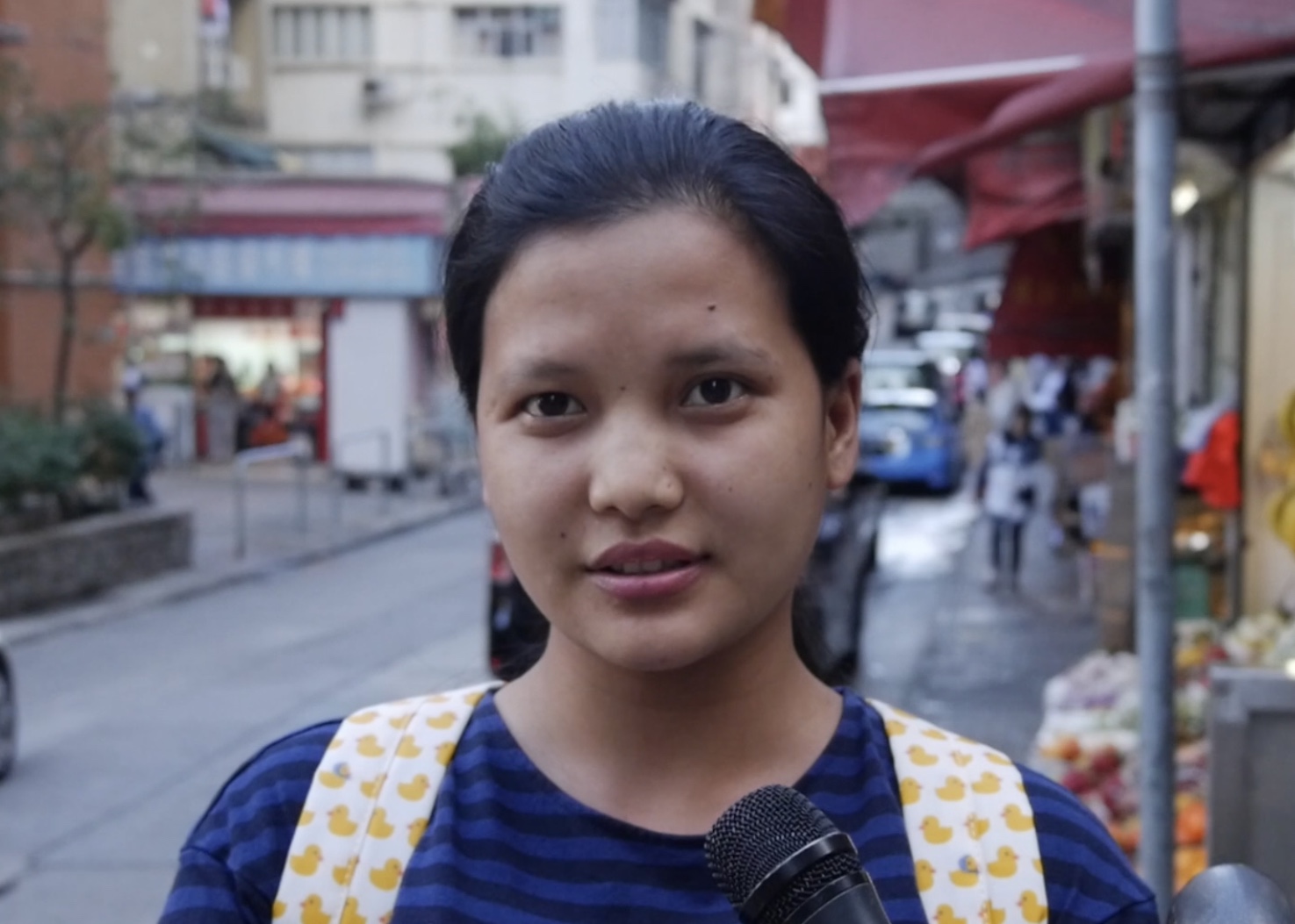 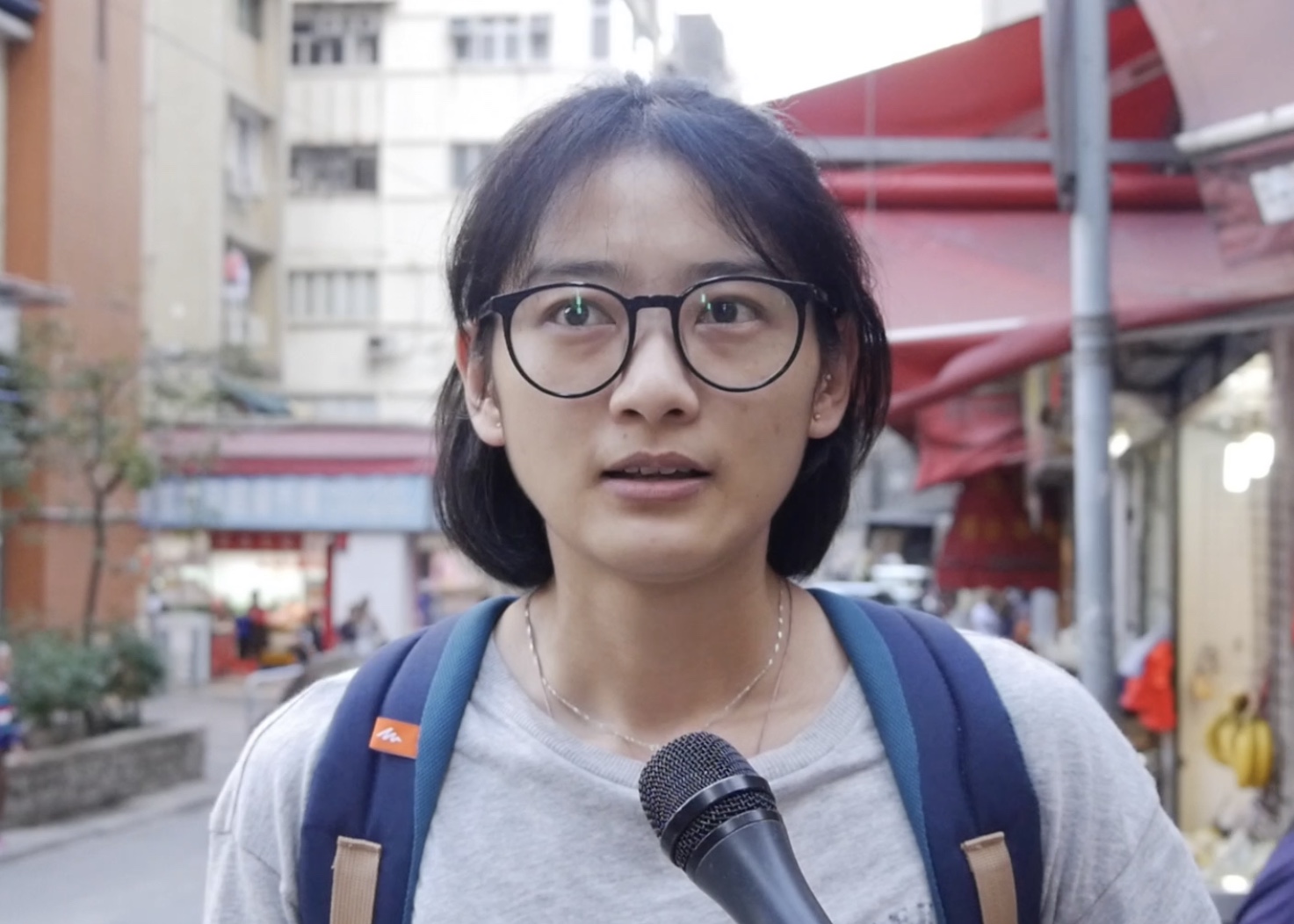 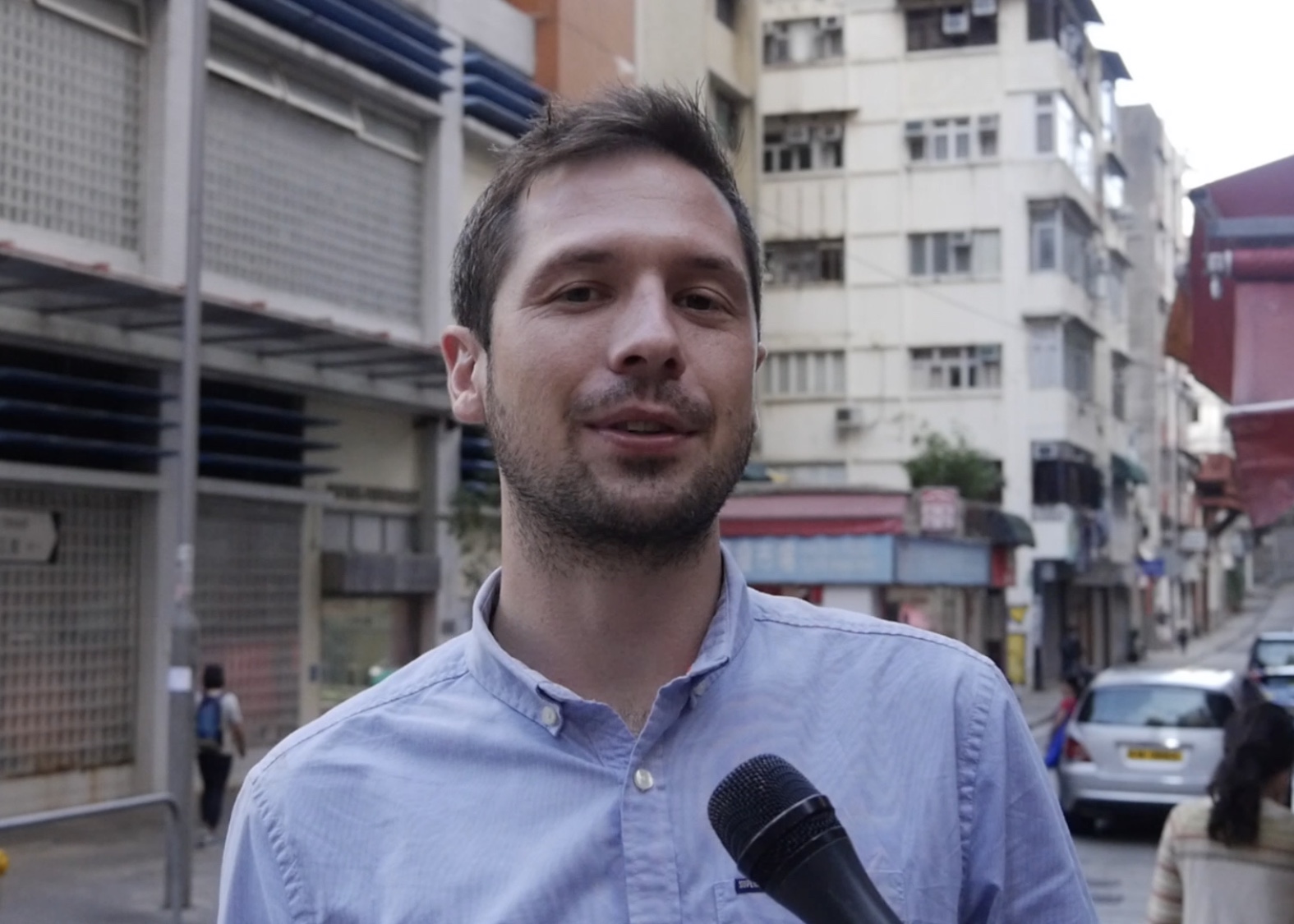 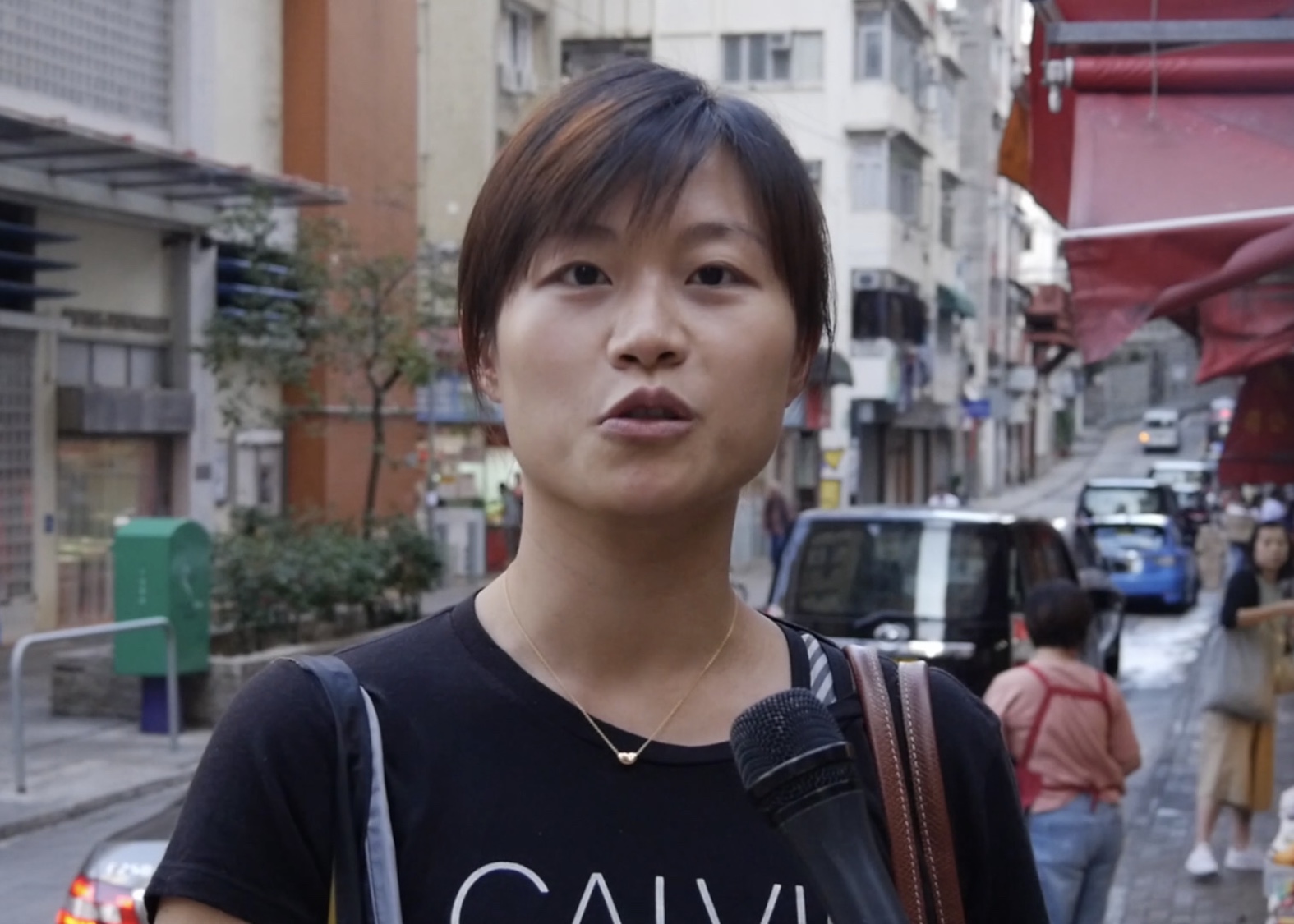 PRESERVATION OF THE OLD SYP

In their research during January 2015 to March 2017, the Conservancy Association Centre for Heritage, a Sai Ying Pun-based non-profit preservation group for history, cultures and heritages in Hong Kong, found the number of street stores in Sai Ying Pun shrinking. Reasons were various.

Affected by the subway which was opened in 2015, land price and thus store rent has risen greatly for shop owners. Many of them had to close up their businesses which had lasted for decades. In addition, some rebuilt and newly-built buildings offered less space for street stores. What’s more, the impact of new technologies, people’s changing lifestyles, aging shopkeepers and no successors all contribute to the decline of street stores.

The sloping Western Street and Third Street met at the heart of Sai Ying Pun, where a  grand red-brick building stands. Right behind it quietly crouches a smaller and slightly older one – a 109-year-old building.

The white-wall bungalow embedded with scarlet doors and window frames used to be the West Point Chinese Public Dispensary, a treatment centre for plague patients, during the 1900s to 1930s, the staff dormitory for Tsan Yuk Hospital during the 1940s to 1950s, and now has become the Conservancy Association Centre for Heritage, a preservation group based in Sai Ying Pun.

At the entrance to the centre, a shiny black-painted iron gate had been left open. Walking through the gate was like throwing yourself into a time travel – leaving all the urban hustle and bustle behind and heading into a world more than a century ago.

En route, a vivid red pillar box was greeting visitors in silence. Beside it, an old tree propped by sticks was striving to strech out a great many boughs and branches.

Neat bob, fair skin, tortoiseshell glasses. Tara, who has been doing preservation work in Sai Ying Pun with the centre since she graduated from college four years ago, greeted me with a big smile, eyes turning to nicely-carved lines.

Sai Ying Pun is not Tara’s home; she was born and raised in the New territory, some 14 kilometers away to the north of Hong Kong Island. She has to commute between the two every day – which, before 2015 when the Sai Ying Pun MTR Station was opened, could take her hours.

So why did Tara choose to travel such a long way to the “old block” every day and do preservation work here? She said she committed herself to preservation work because she didn’t want to pursue a career in business or real estate, like most of her classmates did. Before joining the conservation group, Tara was a college student majoring in public management. Most of her colleagues at the centre have an educational background related to history and culture studies, which Tara appreciates and respects much.

In addition to personal interest, Tara also sees an ideal in the cause of preservation. She believes the ideal outcome is that her colleagues and she could pass on the history and culture of Sai Ying Pun, as well as other parts of Hong Kong, to the next generation and let the youths and children in the community know what the life at their home was like back in the old days.

The Pillarbox in Front of the Centre

Walls on some old buildings have been turned into fascinating art hotspots, giving the old neighborhood a taste of modernity.

Striving to realize that ideal, Tara and her colleagues have made education the priority of their preservation work. “We want to take the initiative and encourage people to preserve our culture,” she said. “You know, my colleagues and I always say our goal is to let the centre disappear.” Tara giggled, eyes curved in lines. “If everyone in the community was fully aware of their culture and the importance to preserve it, there would be no need for the centre to exist, right?”

Right next to the Western District Community Centre, the prominent red-brick building, and at the corner of the junction situated the Second Street Public Bath House. It was painted in creamy pink, so elegant that it reminds people of the colorful houses at the seaside town of Shek O by the southern coastline of Hong Kong Island.

The centre was celebrating the 93rd birthday of the public bathroom. Ninety-three years ago, Sai Ying Pun was haunted by the nightmare of plague and the under-hygienic living standards had worsened the conditions of hundreds of plague sufferers. For better hygiene, the government, on Nov.18, 1925, established the public bathroom, especially for those living in tong laus, tenement buildings popular in late 19th and early 20th century in Hong Kong, and thus have limited access to shower at home.

Ground floors of tong laus are typically reserved for stores and the other floors for residence.

What if the time comes when nobody needs to use the public bath house?

The fact that the public bathroom is still in use is the strongest, if not the one and only reason for keeping it. If that last utility of the building vanishes, the fate of the historical building will be worrying for preservationists in Sai Ying Pun.

After seconds of silence, Tara finally answered in a quite unsure tone, “Probably the government would sell the land for other use. Maybe a real estate would take it and build new apartments on.”

What if you want to conserve it?

Again, seconds of silence. “I don’t know,” She said, frowning. “You see, social groups are powerless when faced with the government and big businesses.”

We have seen a number of conservation campaigns, guided tours to historical sites, public talks by oweners of old renowned stores, intriguing workshops mixing traditional handicrafts with trendy elements. But the preservation work in Sai Ying Pun, one of the oldest districts in Hong Kong, is far from accomplishment. Perhaps, as Tara and her colleagues believe, the key lies in education of the next generation.

However, not everyone in the community welcomed the celebration. “Many people told us they thought what we were doing was ‘old and conservative’. They don’t get the idea why a public bathroom is there to stay when everybody can take a hot shower at their homes,” Tara raised her tone a little bit and went on more firmly and slowly. “But the reality is, there ARE people who need to use the public bathroom.”

There are at least two remaining tong laus in Sai Ying Pun now. Residents in those buildings have no access to shower at home, so a public bathroom should be kept there for them.

In addition to the practical use, the public bathroom has a more historical and cultural value which those people don’t see. They regard the existence of a 93-year-old public bath house which is needed by a quite small number of people a waste of resources. Tara said in a somewhat helpless tone, “Hong Kong people are very realistic. They want development. They are not into keeping old things very much. Preservation is not a mainstream in Hong Kong.”

More and more skyscrapers have been built in the neighborhood.

A Storeroom for Collective Memory

In addition to serving as the office for the centre over the decades, the building of the former West Point Chinese Public Dispensary also functions as a public storeroom for old things – things that are no more useful but the owners are so reluctant to let them go as garbage.

So they sent them here and let them rest in companion with the sealed fireplace and chimney which used to provide warmth for the staff and patients a century ago.

The collection includes an antique wooden bench of traditional Chinese handmade style, donated by a rice store in the neighborhood. The rice store closed recently, because the owners were too old to take care of the business, yet their children took no interest in passing it on.

At a corner of the huge bench sits a post box, looking similar to the one that greets visitors at the gate but not in a cuboid shape and a much smaller size. Painted in highly-saturated red color, the post box donated by the government appeared quite in style. Right under the sealed input, two raised letters stand out- “E” for “Elizabeth” and “R” for “Regina”, the Latin word for “queen.”

Right next to the box is an old sewing machine.

At another corner lies a mailbox which is made of galvanized iron and used to be hung outside people’s homes.

Next to it is the black-painted bench used to serve as passengers’ seats on a Star Ferry decades ago. The black paint still looks so good as if it were the coating of pianos. 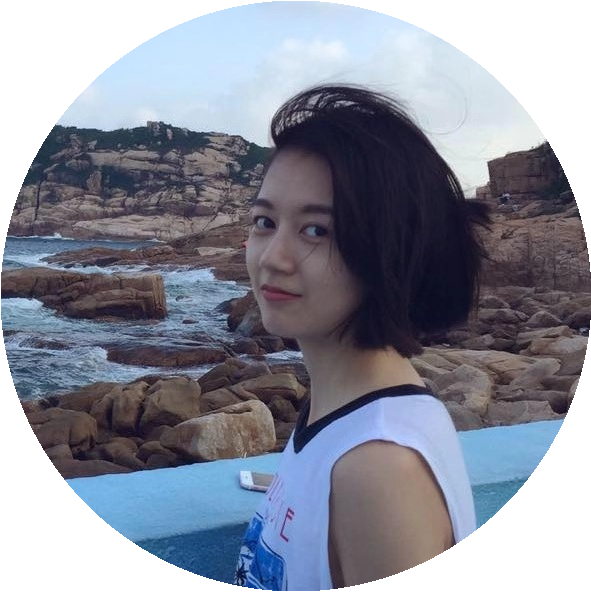 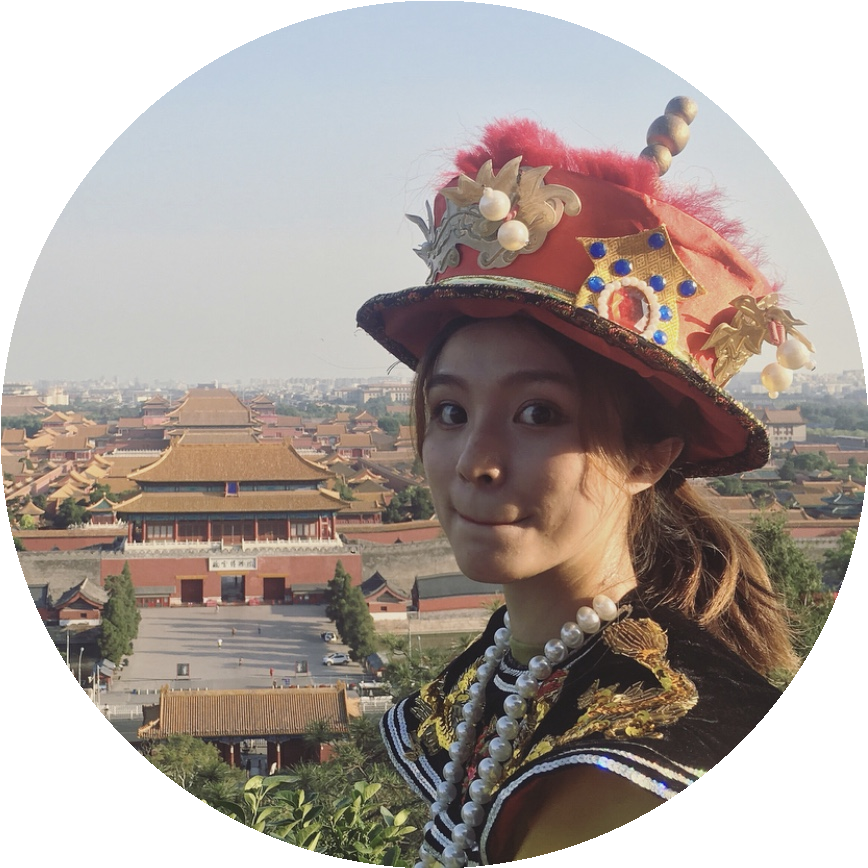 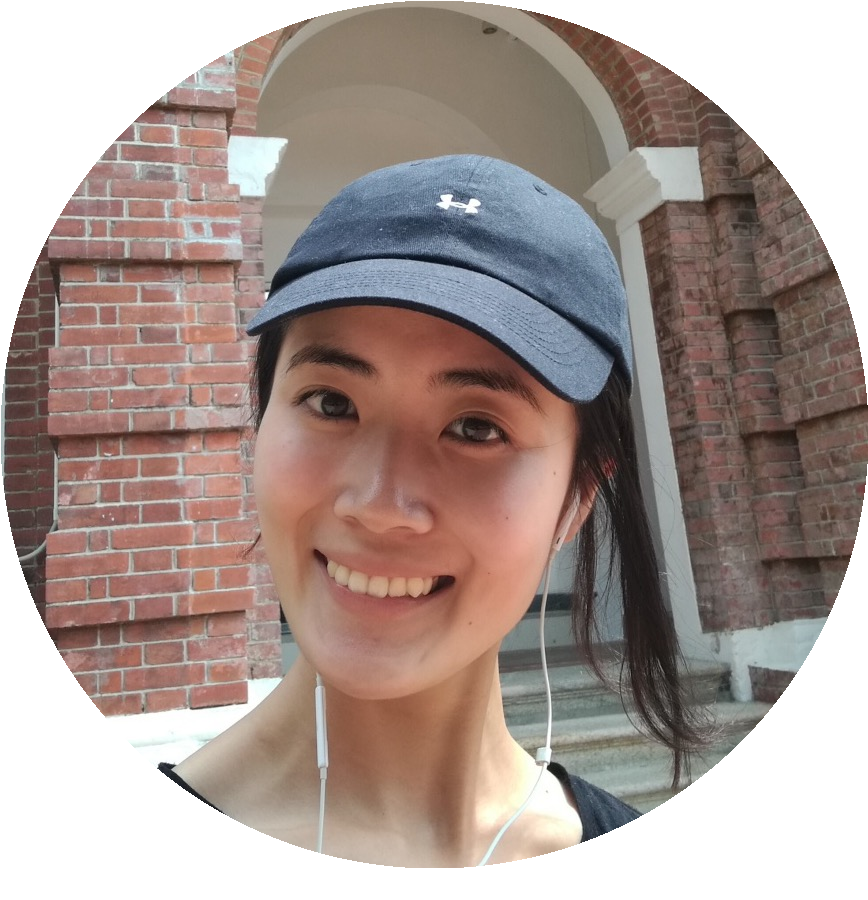