A multimedia project on the effect of foreign trash ban on recycling sectors in Hong Kong
;

It was 10:20 p.m. on a usual Monday when pizza shops on Bonham Road were closed; a female cleaning worker walked out from the back door of a 16-storey apartment, and dragged out two large-size black plastic bags and piled them up on the curb.

Slowly going back and forth the staircase collecting rubbish, within half an hour, 24 plastic garbage bags with unpleasant smell were lying on the pavement, waiting for a garbage truck to “take them home”. And these 24 trash bags may be the lucky ones.

Currently in Hong Kong, all solid waste is disposed at three strategic landfills; and among the three, only two of them collects municipal waste, meaning domestic, commercial and industrial waste that most people produce on a daily basis. An estimated timeline by an environmental scientist, Chan King Ming, also a professor at the Chinese University of Hong Kong, said to BBC that if the waste continues to grow at current level, it is estimated that the remaining three landfills will be filled by 2020.

Hong Kong, like many other countries, exported its waste to mainland China for recycling, but with unusable and contaminated leftovers including food and medical waste that causes environmental issues to Chinese cities. The Chinese government has implemented its strictest import ban on 24 kinds of solid waste including unsorted scrap paper and plastics from oversea areas and countries since 1 January, 2018. By the end of 2019, China is going to gradually stop importing solid waste, according to Zhang Guangzhi, the spokesperson of China’s general administration of customs. This means that Hong Kong will have to figure out a better system to process over 90 percent of municipal solid waste that it once export to China.

The Tip of Iceberg

These 24 black garbage bags are just the tip of iceberg when compared with the average daily quantity of solid waste produced in Hong Kong.

In 2016, the average amount of solid waste produced in Hong Kong is 15,332 tonnes per day, which has increased by 1.5 percent as compared to 2015, according to the latest report published by the Environmental Protection Department. The total solid waste consists of municipal solid waste, construction waste and special waste. Special waste includes chemical and livestock wastes.

A total quantity of 5.6 million tonnes of solid waste was disposed to strategic landfills, of which 35% were recycled in 2016. Stated in the same report, the overall municipal solid waste recovery rate dropped one percent compared to the previous year. The report also mentioned that with a tightening control of imported waste, Hong Kong recyclables fail to meet import standards would face challenges.

As concerns grow with the new legislation on imported trash to mainland China, our group (TrasHK) are curious about understanding how it has affected Hong Kong recycling businesses. Therefore, we decided to look into three companies in recycling polyfoam, plastic bottles and waste paper. We picked these three types of recyclables because among all the municipal solid waste produced in 2016, waste paper and plastic are the second and third largest waste being produced.We interviewed several workers at the recycling businesses, environmental organizations or foundations in Hong Kong to provide our audience with three different stories related to reusing and recycling the polyfoam, waste plastic bottles and waste paper.

Currently at the location, they collect two types of polyfoam- Expanded Polystyrene (PS) and Expanded Polyethylene (PE). PS is the material used in disposable food containers, EPS board, and protecting packaging for industrial goods. On the other hand, PE is the material that is often used in packing sheets, packing peanuts, cushions in packaging, and fruit and vegetable packaging. PS is less flexible compare to PE and breaks easily into small pieces.

The main challenges in recycling this type of material is of the high cost in operating due to storage place and labor. The material is light but it takes up a lot of spaces, which makes it especially hard in Hong Kong when lands are scarce. Ten trucks full of polyfoam waste can only be compressed into 1 ton of compressed brick. The volume of polyfoam is reduced to 1% of its original volume after being compressed.Labor is another main problem. Many of the polyfoam waste have tapes or thin plastic layers that needs to be peeled off manually by hand, or tape marks that need to be scrapped off, and this often take up the most time of their work. Workers also need to sort out the different kinds of material. The machine that compress the material can only run one type of material at once, and if it blends in other type of plastic like tape, it may release toxic chemical and shorten the life time of the machine.

“If you go to the landfills to see, you can find many plastics that are recyclable. They are tossed in the landfill because it is the cheapest and most convenient way,” said Andy Li, the manager of the polyfoam recycling site.

He believes Hong Kong should have a better recycling system, and even more so now that China has implemented foreign waste ban, followed by stricter policies on imported waste in Southeast Asia countries.

The best recycling system for any country would be to recycle waste at where it is produced, Li said. It would however be hard in Hong Kong because most of the time not enough amount of a material is collected, and it is not because Hong Kong do not have enough waste, but many of them are not properly recycled, he added.Li said the government should implement a stricter policy on recycling polyfoam. China do not have enough plastic raw material, so as long as Hong Kong can produce raw plastics that are in good quality there is not doubt that it can be sold over, he said.

A stricter policy on property management and implement of waste disposable charge will aid the operation. Especially for waste disposable charge, companies that produce polyfoam packaging will not want to pay large amount of money on plastic bags, so he said that those companies will sent the waste over voluntarily. It is however uncertain when the policy will be implemented.

Among all kinds of waste, wasted plastics could be one of the most worthless ones-they are difficult to sort, need more space to place, and recycling plastic can generate other waste such as polluted water and wasted gas, all these factors make the cost of recycling plastic extremely high.Therefore, in Hong Kong where land prices are exorbitant, almost no private recyclers would collect wasted plastics. Under the government’s waste reduction plan, every district has a community recycling center to collect wasted plastics. Central & Western Mid-Levels Owners Association — 121C Plastic Recycling Centre is one of them.As the association’s chairlady Ming Tam said, this is the 10th year since they have been recycling wasted plastics in this area. Every work day, 14 workers collecting wasted plastics from most of the residential buildings, and they regularly raise activities to call for people to do recycling.But the situation is becoming worse. At the end of 2017, the Environmental Protection Department (EPD) published the report “Waste Statistics for 2016“, shows that the amount of waste per person disposed in 2016 reached the highest record while waste recovered dropped to its lowest point in a decade. As for plastics, the recovery rate just slightly increased from 11% in 2015 to 14% in 2016.

Two large blue lorries were parked on each side of a street in Mong Kok. One lorry was loaded with bundles of cartons, and the other one carried with waste plastics, waiting for more solid waste to be loaded and then transporting them to wharfs. The next station for these sorted waste paper and plastics is the exporter’s worksite, shipping these recyclables to mainland China to be processed into raw materials for several products.The two lorries were owned by a recycling company which was located at a T-junction in Reclamation Street, Mong Kok. An aunt, Mrs. Lee, wearing a blue hat went back and forth between each side of the street, placing different kinds of solid waste into different areas. As an operator of this recycling company, Lee walks between both sides of the street at least for 50 times one day, from 8 a.m. to 7:30 p.m., from Monday to Sunday.After China tightened the import standard of waste paper from last year, Hong Kong local recycling companies had a tough period.

“We have to sort out three kinds of waste paper manually, which prolongs our work time and thus increases the processing workload,” Lee said. “We need more workers badly, but no one likes to do this dirty and exhausting job.”

Lee said a worker at her recycling company could earn at least HK $20,000 per month, but the reality is that young generations refuse to do this back-breaking work.Lee’s company main business is recycling waste papers and sell them to local exporters. She said the current price of waste paper buying from cardboard collectors is the highest since last year after China stopped importing waste paper for a while. “The lowest price was about 30 cents per kilogram, and now it has increased to one yuan per kilogram,” Lee said. “Maybe mainland paper mills are short for raw materials to produce their new products, which makes the price of waste paper going up,” Lee added.

China’s waste paper imported volume decreased from 28.50 million tonnes in 2016 to 25.72 million tonnes in 2017, and expected to continually drop in terms of the imported quota of waste paper in 2018, according to the Report of Developing Prospect and Investment Strategy Planning on China Paper Making Industry (2018-2023). The imported volume of waste paper in the first half year of 2018 was 7.1 million tonnes, decreasing by 52.2 percent compared with the same period in 2017.Hong Kong was stuck into a serious waste paper crisis with nearly 4,000 tonnes of waste paper piled up in the city’s berths in October 2017. One year later, although the scene of the whole city drowning in waste did not show on again, some small-scale Hong Kong’s recycling companies say they are still worrying that the situation of mainland China’s refusal to receive the waste paper might happen since the custom raised the standards on importing waste paper.

How to save the situation?

TrasHK is a reporting group formed by three postgraduates of Journalism and Media Studies Center at the University of Hong Kong. The name “TrasHK” aims to highlight two points of their reporting project: First, the theme of this subject is about trash, or solid waste produced by human beings every day. Second, this project’s location is mainly focused in Hong Kong (HK). 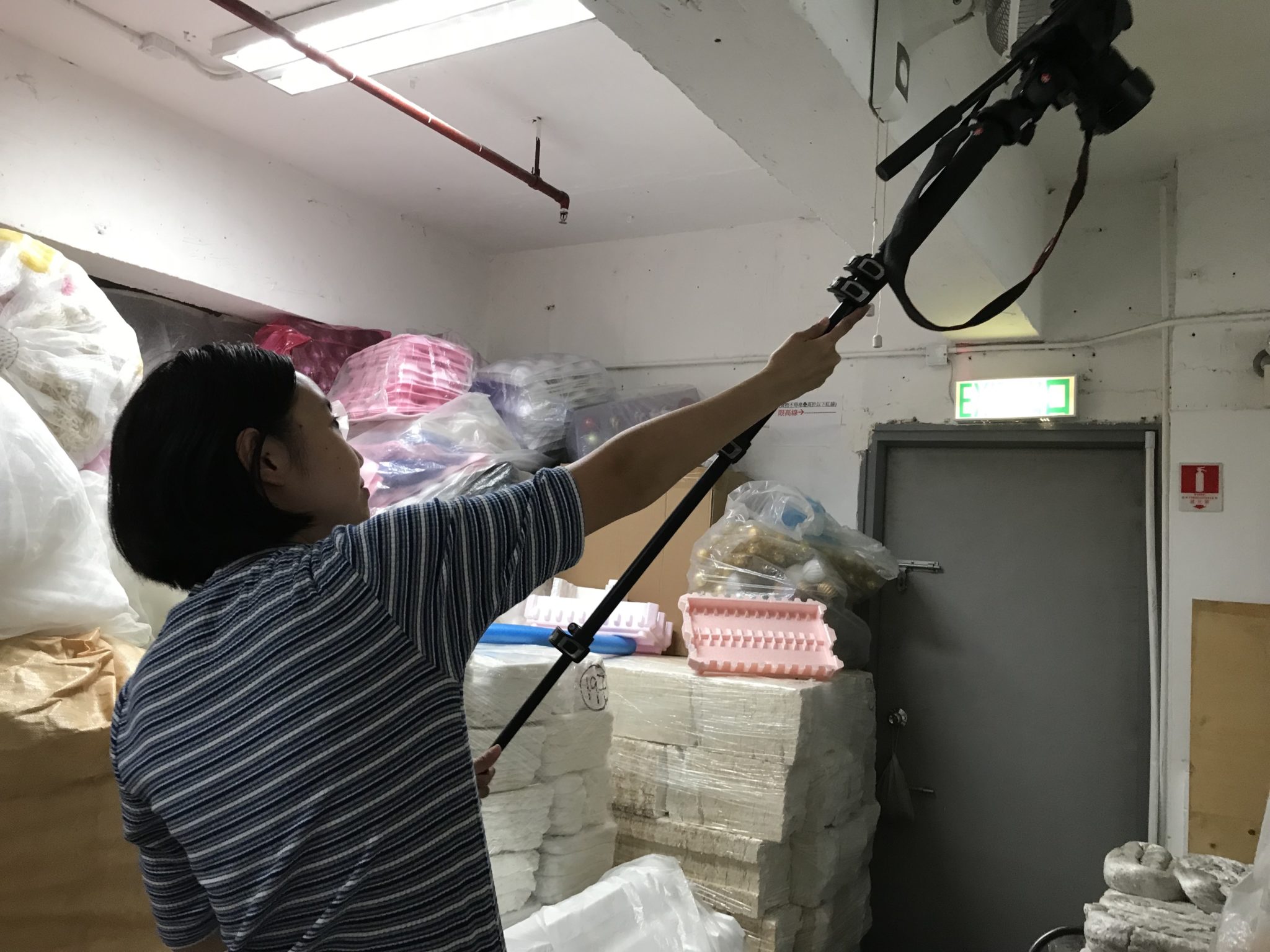 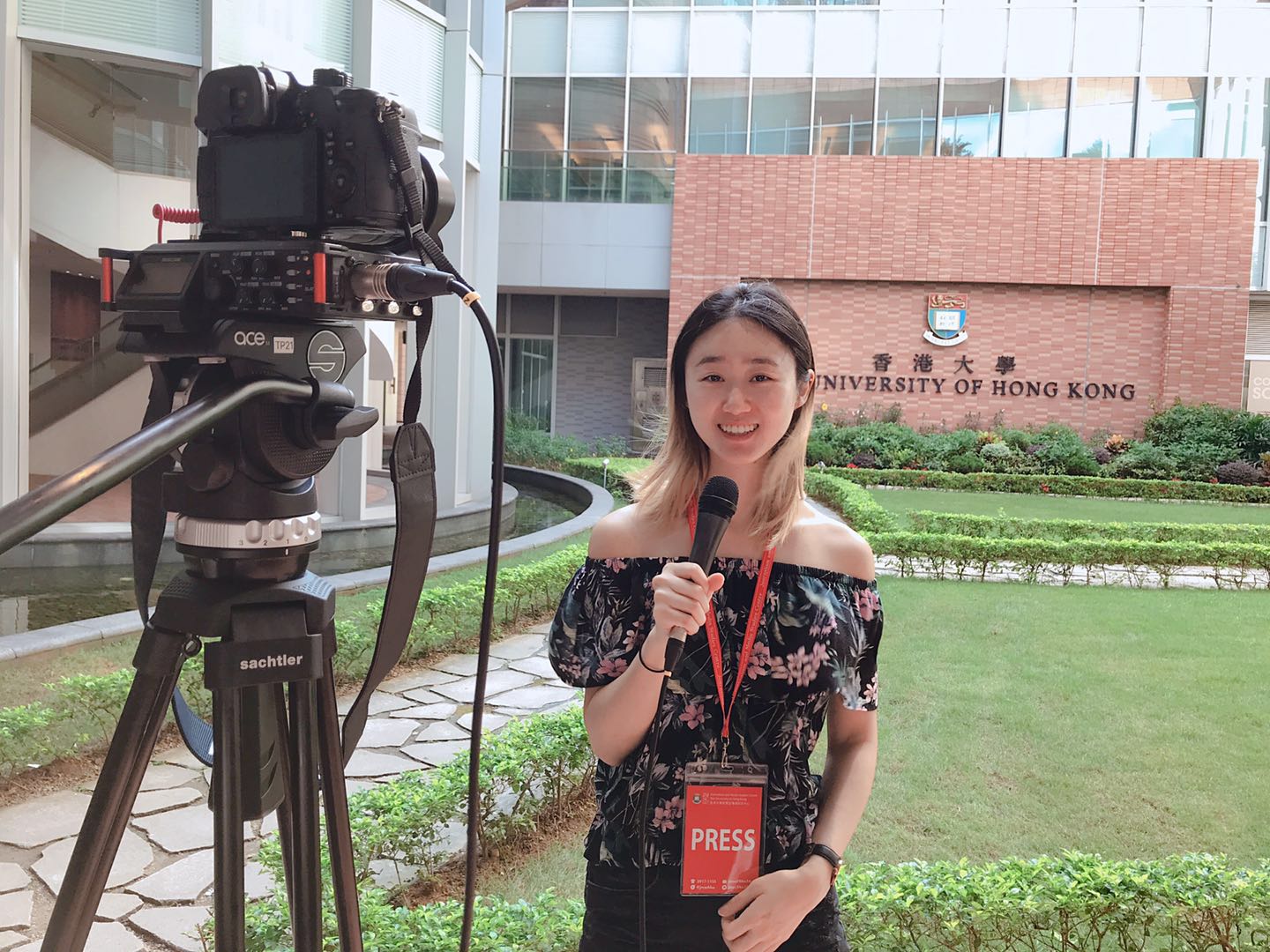 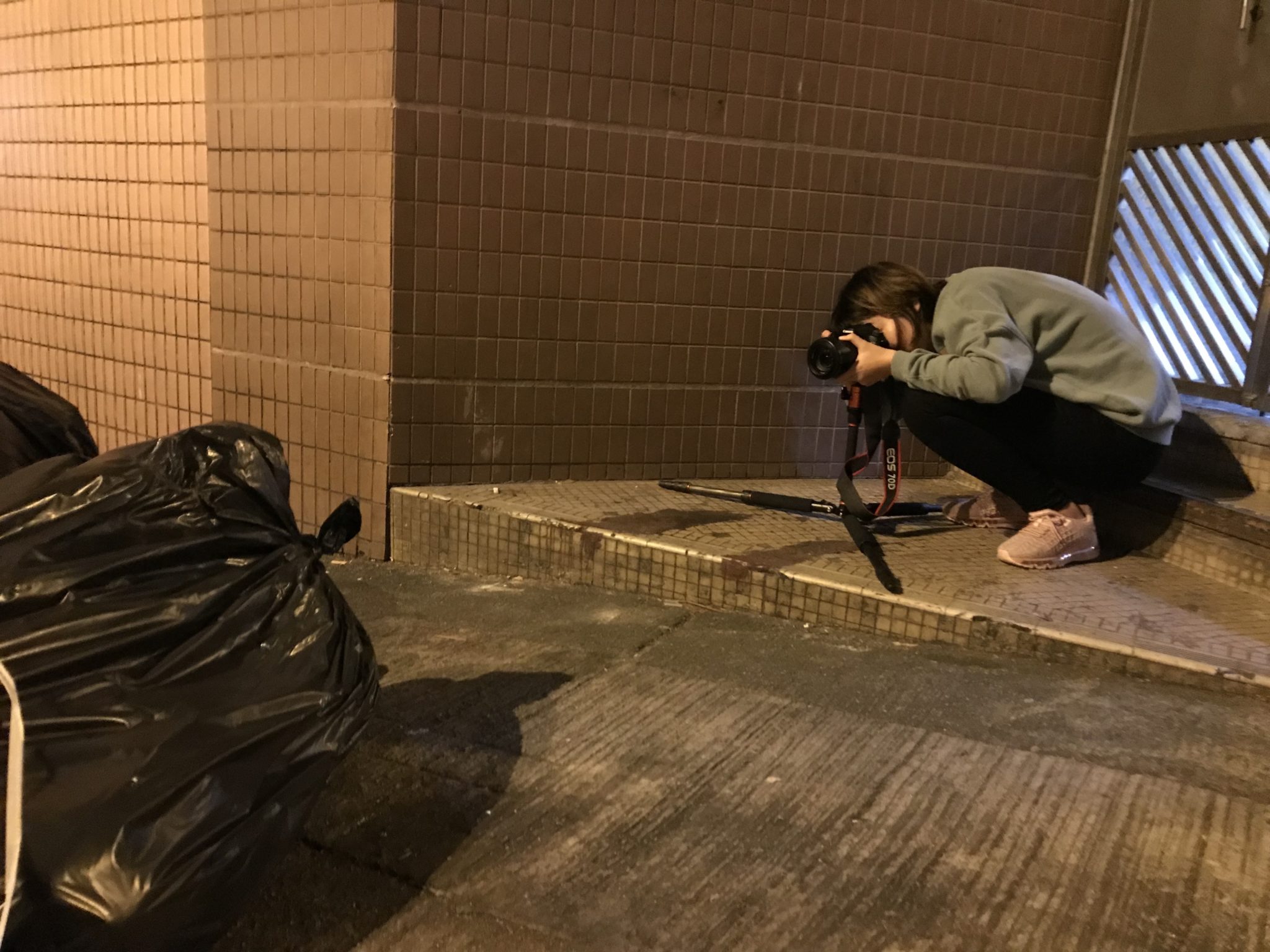